The selection of bacteria must be scientific and representative in the evaluation of antibacterial properties of textile antibacterial fabrics.

Staphylococcus aureus is the most resistant pathogen among non spore forming bacteria, and can be the representative of gram-positive bacteria. Bacillus megaterium is a common pathogenic bacterium in spore bacteria; Bacillus subtilis is easy to form spores and has strong resistance, so it can be used as a representative of spores. Escherichia coli is widely distributed and has been used in various tests as a representative strain of common gram negative bacteria. Aspergillus flavus and Chaetomium globosum have been listed in the national standard of China (GB2423.16-81) as the specified fungi for mold prevention test. Other selected molds are common molds that erode textiles or polymer materials. Candida albicans is a common opportunistic pathogenic fungus of human skin and mucous membrane. It is sensitive to drugs and has the characteristics of fungi. The colony is similar to bacteria rather than bacteria and different from mold. Because it has a colony similar to bacteria, it is easy to count and observe, and is often used as a representative of fungi. Qualitative test methods mainly include American AATCC Test Method90 (Halo Test, also known as agar plate method), JISZ2911-1981 (anti microbial test method), AATCC-30 (evaluation of anti mildew and anti rot properties of textile materials) and GB/T 20944.1-2007 (evaluation of antibacterial properties of textiles Part 1: agar plate diffusion method). Qualitative test methods include inoculating test bacteria on the fabric and observing the growth of microorganisms on the fabric with naked eyes. It is based on the antibacterial activity of leaving the fiber and entering the culture dish. It is generally suitable for dissolution antibacterial finishing, but not for washing resistant antibacterial finishing. The advantages are low cost and fast speed. The disadvantages are that the antibacterial activity cannot be measured quantitatively and the results are not accurate enough.

It is a rapid qualitative method for antibacterial efficacy screening. The principle is: inoculate the test bacteria on the agar medium, and then stick to the sample. After 24 hours of culture at 37 ℃, observe the growth of fungi and the halo size of the sterile area around the sample with a magnifying glass, and compare with the test of the control sample. This method can deal with a large number of samples at one time, with simple operation and short time. However, there are also some problems. For example, although it is stipulated to cultivate the test bacterial solution within a certain period of time, there is no clear stipulation on bacterial concentration. In addition, the width of the stop band represents the diffusion and antibacterial effect, which is meaningful for comparison with standard fabrics, but cannot be used as a quantitative evaluation of antibacterial activity.

AATCC-90 spray method is one of the improvements of AATCC-90 test method. It is to spray a certain amount of TNT reagent on the cultured sample and observe the growth of bacteria on the sample with naked eyes. Its coloring principle is that TNT reagent is reduced by succinate dehydrogenase of the test bacteria to produce insoluble red pigment and become red, so as to achieve the purpose of determining the antibacterial property. The advantage of this method is that no matter whether the sample has bacteriostatic ring, as long as there is bacterial growth on the plate, it will show red. 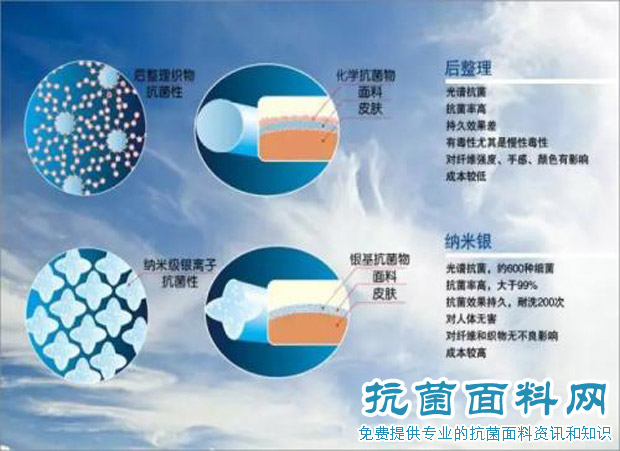 The AATCC-90 colorimetric method is also an improvement of the AATCC-90 test method. It is to add a certain amount of TNT reagent to the bacterial washing solution on the cultured sample to make it colored. After 15 minutes, the absorbance at 525nm is measured with a spectrophotometer to calculate the number of live bacteria. However, the above two methods are not applicable to the test bacteria without succinate dehydrogenase.

This method is an early achievement of the first research idea in mold detection. Its basic principle is: evenly spray a certain amount of mixed spore suspension on the sample and culture medium, cultivate for a certain period of time, regularly observe the mold growth of the sample, and evaluate the anti mold performance of the sample by grades according to the growth of mold.

This standard is the latest qualitative test method for antibacterial performance of textiles in China. Two layers of agar medium are injected into the plate, the lower layer is sterile medium, the upper layer is inoculation medium, and the sample is placed on two layers of medium. After a certain period of culture, the antibacterial performance of the sample is qualitatively evaluated according to the degree of bacterial reproduction at the contact between the medium and the sample.