Textile fabrics in the best antibacterial effect is surprisingly it

Hemp, is a plant fiber in the bast fiber, hemp is one of the world's early cut and cultivate the use of fiber, China's hemp has early maturity, late maturity two types. Early species of fiber quality is excellent, such as the line of hemp belongs to this kind, late species of fiber coarse and hard, such as Kui hemp and anti-state hemp belongs to this kind.

Cannabis is produced in Asia, ancient China. Central Asia, the Himalayas and Siberia were used to produce. Around 1500 B.C.. It was introduced to Europe, and China was used to weave cloth in 1800 BC. At present the main production areas are China, India and Russia, followed by Turkey, Hungary, Romania, Poland, etc.

There is a plant, its fibers not only have the advantages of cotton fabric soft and comfortable, but also natural anti-bacterial, UV radiation resistance, moisture absorption and quick drying of these pure cotton incomparable "ability", this magical baby is the legendary hemp.

When it comes to marijuana, it is estimated that many people should "talk about hemp" panic: "Wearing clothes made of marijuana, won't it be poisoned? In fact, leaving aside the toxic components of marijuana addiction, excluding the toxic marijuana is full of treasures. There is a common international standard, the plant in the tetrahydrocannabinol (THC) content of less than 0.3% of the cannabis species is called industrial hemp, has completely lost the use of drug value.

But for weaving and clothing, the fiber of hemp is a priceless treasure. We have been growing hemp for over 5,000 years. This richly qualified "old oil" has another name, called the "second skin of the human body", and some people even put it on the altar as the "king of natural fibers". You may not know, even the American flag is sewn with industrial hemp.

The secret of hemp fiber antibacterial, is that it comes with a good gene in its bones. As a warrior against bacterial invasion, hemp fiber has what powerful "guy"?

Unlike the human body at the expense of their own immune system, hemp fibers often just in the form of defense to achieve the purpose of antibacterial and antibacterial.

Hemp fiber hollow structure is distributed in the dense gaps and small cavities, ready to adsorb a large amount of oxygen, so that anaerobic bacteria do not fight and die; airtight, damp and dark environment is often in line with the taste of bacteria, but also the breeding ground for bacteria is more than suitable.

Hemp fiber polygonal intermediate structure and the outer surface of the dense longitudinal cracks is its resistance to moisture "shield", hemp fibers not only rely on it to breathe and absorb moisture, but also quickly help the body to sweat out. Some people have taken the hemp fiber and cotton fiber for comparison, whether it is the rate of moisture absorption or rate of moisture release, hemp fiber are a big margin of victory over cotton fiber.

In addition to defense, hemp fiber also has an inherent "killer" - fiber contains substances that can destroy the life activities of microorganisms such as mold "phenolic substances," the mold "shot" to hinder the metabolic effect of mold and physiological activities, the destruction of the structure of the fungus, which eventually led to the growth and reproduction of microorganisms are inhibited, the successful "siege" mold. 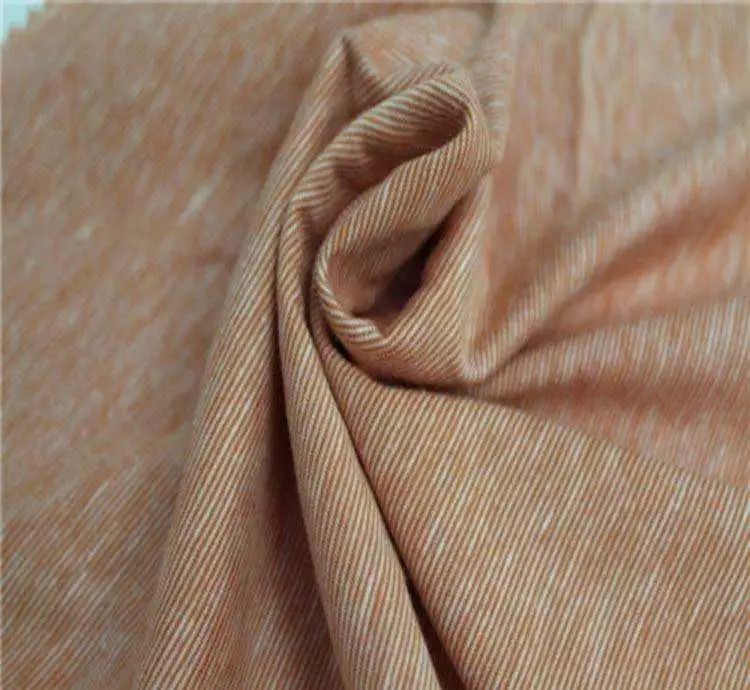 Then the hemp fiber in the end good at what fungal bacteria afraid of? Can the other side of the tens of thousands of invading army?

Researchers found that hemp fiber is the number one natural enemy of Staphylococcus aureus, such strains of bacteria once encountered hemp fiber will fold more than 99%, almost a total loss.

Candida albicans and E. coli inhibition rate also reached 99% and 96%. Some studies have shown that if the cotton is added to the hemp fiber to form a blended yarn, the higher the proportion of hemp fiber added, the better the bactericidal effect.

99%! That number is a good tagline all by itself.

For those who must be constantly exposed to a variety of pathogens, wearing fabrics made of or mixed with hemp fibers, to some extent, is also a good disease prevention strategy for our immune system to intercept some unwanted "invaders," as in the hospital ward, medical staff wear masks to protect against the rampant viruses and bacteria around.

Perhaps in the near future, it will be especially cool to see healthcare workers wearing white coats and masks made of hemp fibers. Although the germs in our lives may not look as "hideous" as those in hospitals, we are still surrounded by countless "little bad guys".

Can't believe there are so many germs around? Someone pressed a handprint on a petri dish, put it in the incubator, and countless odd-shaped colonies grew on this handprint. Yes, these are the bacteria that are attached to us and around us.

So, to prevent diseases caused by some fungal bacteria and to make hemp better for humans (not as a drug, of course), many new hemp clothing fabrics have also been developed in the market in recent years.

For example, hemp fiber made of hemp shoes and socks, for those who have been suffering from foot fungus, it is simply a "long drought and rain" - finally saved!

After all, those we saw in the market in the past, boasting a "chemical antibacterial" selling point of socks, in comparison with the hemp socks research antibacterial ability is not worth mentioning.