Graphene, a high-tech nano-material obtained by stripping from graphite, is more expensive than gold and is called "black gold".

Graphene is found in nature's graphite, which is common, but it is particularly difficult to peel. Two physicists (Andrei Geim and Konstantin Novoselov) from the University of Manchester, UK, were jointly awarded the 2010 Nobel Prize in Physics for their success in producing graphene from graphite. 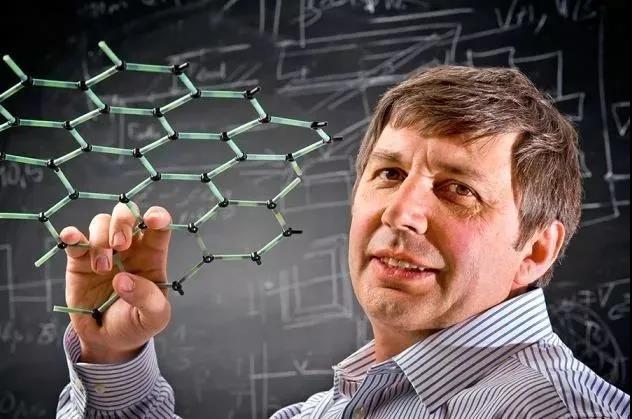 With the gradual breakthrough of batch production and large size and other challenges, the pace of industrial application of graphene is accelerating. Based on the available research results, the first areas to achieve commercial application will probably be mobile devices, aerospace, and new energy battery fields. Graphene can be made into chemical sensors, and this process is mainly done through the surface adsorption properties of graphene. According to the research of some scholars, it is known that the sensitivity of graphene chemical detectors can be comparable to the limit of single molecule detection. The unique two-dimensional structure of graphene makes it particularly sensitive to the surrounding environment. Graphene is an ideal material for electrochemical biosensors, and sensors made of graphene have good sensitivity for the detection of dopamine, glucose, etc. in medicine.

Graphene filters are used more than other desalination technologies. Graphene oxide films in an aqueous environment and water in thermophilic contact form channels about 0.9 nm wide, through which ions or molecules smaller than this size can pass quickly. The capillary channel size in the graphene film is further compressed by mechanical means to manipulate the pore size, which can efficiently filter the salt in seawater.

Due to the high conductivity, high strength, ultra-thin and light characteristics, graphene in the aerospace military application advantages are also extremely outstanding. 2014, the U.S. NASA developed a graphene sensor applied to the aerospace field, it is good for the detection of trace elements in the Earth's high-altitude atmosphere, structural defects on spacecraft, etc.. And graphene will also play a more important role in potential applications such as ultralight aircraft materials. Graphene is used to accelerate the osteogenic differentiation of human bone marrow mesenchymal stem cells and also to make biosensors with epitaxial graphene on silicon carbide. Also graphene can be used as a neural interface electrode without altering or disrupting properties, such as signal strength or scar tissue formation. Graphene electrodes are much more stable in vivo than tungsten or silicon electrodes due to properties such as flexibility, biocompatibility and electrical conductivity. Graphene oxides are very effective in inhibiting the growth of E. coli bacteria and do not damage human cells.

Graphene is a new material with a sheet-like structure composed of a single layer of carbon atoms, and it is the world's known thin, hard, thermally and electrically conductive nanomaterial. Applied to the field of fabric, it can improve human microcirculation, enhance human immunity, take away human metabolites and reduce the probability of major diseases.

Many traditional heating materials (such as carbon fiber), poor flexibility, simple fracture when bending. Graphene, on the other hand, exists in the form of fabric matter, which is not only soft in texture, but also washable, and does not break even when twisted and knotted, making it safer and more durable. It can be rapidly heated (converting electrical energy into heat energy) by simply applying electricity, producing far-infrared finish waves that are beneficial to the human body.

Graphene is a new type of nano-material with thinness, strength and thermal conductivity, which is called "black gold" and "king of new materials". Graphene fiber is made of biomass graphene and natural fiber blended chemical fiber fabric, the fabric made of this fiber is as thin as cicada wings, solid and durable, dust and water resistance, warmth and breathability, permanent de-static, and has a strong anti-bacterial mite function. The GA-T24253 test found that graphene fiber fabric has efficient barrier effect on E. pneumoniae, E. coli, Staphylococcus aureus and Candida albicans.

Graphene has a very small resistivity, so it has a particularly excellent electrical conductivity, which is the main reason why graphene is anti-static, in addition to anti-static graphene also has electromagnetic shielding function, these functions also make graphene fabric become the fabric of choice for protective clothing.

Graphene protective clothing, not only can be washed and used repeatedly, but also can release far-infrared increase their own immunity, blocking the invasion of viruses, but also permanent dust-free to static electricity.

So the advantages of graphene fabric have to strengthen the skin immune cell function.

It is a natural filter for the body and the outside world, combined with its powerful far-infrared function.

It is a new breakthrough in the new era of dressing revolution. It breaks the traditional material manufacturing process.

PREVIOUS：How to reduce the growth of hairiness from the tube yarn to the cylinder yarn? NEXT：The familiar dyes, how they are made